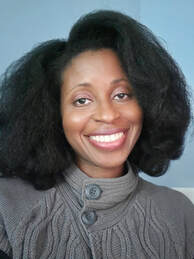 Moira Ballard (Multimedia/Digital Arts)
Moira Ballard earned a Masters of Fine Arts (MFA) degree in Digital Production Arts from Clemson University. She has worked at several video production studios in Washington, DC. Mrs. Ballard also worked as a contracting Graphics Designer and Video Editior in the Video Production Services of the Administrative Office of the U.S. Courts. She has homeschooled her four children for the past 9 years. In addition to homeschooling, Mrs. Ballard works as a freelance photographer, graphics designer, and video editor. She resides in Upper Marlboro with her husband, Tim, of almost 17 years; along with their children. 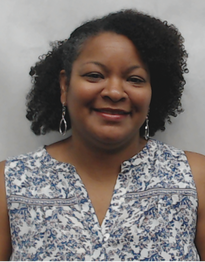 Kelly Blake (American History)
Kelly is the proud mother of four children, two girls and two boys, and has been homeschooling for 17 years. She graduated her oldest in 2017 and her second in the midst of the 2020 pandemic last May. A native-born Marylander, she attended Hampton University and the University of Maryland at College Park where she received her degree in Early Childhood Education. Kelly taught Kindergarten in the Montgomery County Public School System for four years before embarking on her full time career as mom. She enjoys intentional family time spent experiencing new adventures or movie and game nights. She also enjoys themed party planning and decorating. Teaching little ones in Children’s Ministries has been a long standing calling for Kelly, and she has  served twice as the Children’s Church Director of her church. While she has been most comfortable educating younger children, homeschooling has allowed her to broaden her range and teach various ages at homeschool co-ops. This year, she is excited about the opportunity to follow God’s lead to teach American History, to assist her brother in his passion for engaging teens in personal finance, and to continue working with the fun, gifted, and God-fearing ladies on the BTM Leadership Team for a fourth year. Alongside Martin, her wonderful husband of 25 years, Kelly helps with the operations of their eye care practice in Pasadena. They are enjoying watching God’s plans unfold for their daughters in college and graduate school and welcome their input in preparing their third high school senior for life beyond homeschool at a four year university. Kelly loves living and doing community life in Bowie. 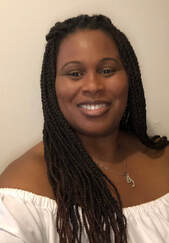 Trina Ferguson (English/Writing, American Government)
Trina has a B.S. degree in Psychology and has worked with children ages 2 – 17 since 1996 in schools, day care centers, church, homeschool co-ops, as well as through internships in Child Psychology and Early Childhood Education.  She began homeschooling in 2009 and resides in Bowie with her wonderful husband, her three children, and their Yorkie. Trina loves working with children and having fun using games and hands on activities to teach about God through various subjects. She wrote and published a book, in 2016, about her homeschooling journey and how God used homeschool to change her life. Trina believes, every body has a story to tell and something to share.  She is looking forward to combining this belief with her love of teaching to usher young people into a world of their own creation through education. 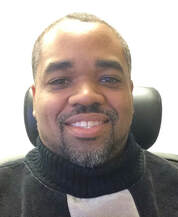 Lawrence Ferguson (Science)
Lawrence has a B.S. degree in Chemistry from Norfolk State University and has worked with youth as a Youth Ministry Leader for over 15 years, a youth mentor for 5 years and taught Middle School General Science and Math during the summer of 1996. He has also taught a science class at Norfolk State in 1998 and has substituted for science classes at a local Co-op. His family began homeschooling their children in 2009 and Lawrence resides in Bowie, Maryland, with his amazing wife and their three children. Lawrence learned at an early age that “Education is our passport to the future, for tomorrow belongs to the people who prepare for it today.” - MX 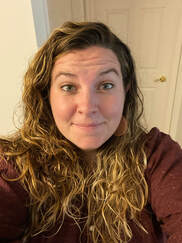 Michelle Goodacre  (Math, MS English)
​Michelle Goodacre graduated from Liberty University and has a passion for working with students. While her background is in sports management she loves discipling and developing the whole student to really grasp what it is they are learning. When she’s not teaching, she’s working in student ministry at Bay Area community church doing outreach ministry! 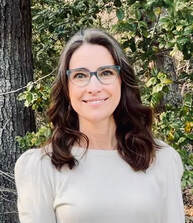 Lynn Jerdal (MS Science)
For the past decade, Lynn’s primary focus has been homeschooling and educating her five children, one daughter and four sons ages, 10-20.  Prior to that, her professions included paralegal work, working for the Jesus Film, dance instruction and gaining editorial and writing experience working with various magazines, print media and blogs. Occasionally, she contributes to local publications. She received a B.A. in English from Westmont College, where she met her husband, Andy, and acquired her profound passion for literature and for integrating faith and learning.  Lynn is fascinated with the subject of Physics and how it reflects the mysteries of the universe God created. Lynn has lived in the Annapolis area for over thirty years, but grew up in Boise, Idaho, and holds fast to her deep love for the mountains and the outdoors. Through it all, Jesus has been apex of her life. 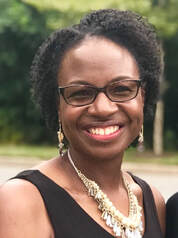 Jualecia Malone (Health, Science)
Jualecia is a native of Savannah, Georgia who attended DODDS (Department of Defense Dependent
Schools) in Germany for 1 st through 12 th grades. She is a graduate of Howard University’s Physician
Assistant (PA) program and former adjunct faculty member of Howard’s PA program. She and her
husband have been married for 19 years and have homeschooled their four children for the past 11
years. Jualecia has served in youth ministry at her church for over 15 years and is looking forward to
becoming part of the tutor team at Bridge Tutorial. 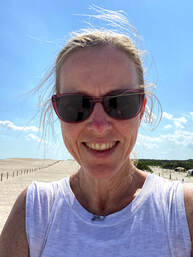 Beth Quinlan Pritchett (History/Geography/Civics, Running)
Beth love’s learning and enjoying new experiences and that is why she is so excited to be joining the Bridge team this year. She grew up in Canada and studied both in Canada and England.  Beth has two Bachelor degrees in Politics and Economics and Counseling and Education, as well as Graduate certificates in both Computer Science and Teaching. She has worked with both secular and biblical counseling of young children and women. She has taught special needs programs from high risk youth to young offenders, as well as teaching English as a Second Language, young adults and higher education around the world. She is fascinated by different cultures and different systems of government and looks forward to teaching Civics this year at Bridge. She assisted her husband as a youth pastor, coached homeschool running and PE for 5 years and tutored at Classical Conversations, while also teaching the Essentials of the English Language for 9 years. Fitness and nutrition are passions of Beth’s. She is a Marathon runner and loves getting families moving and being healthy together. God has blessed her with the greatest adventure of all with homeschooling her two children for the last 13 years. 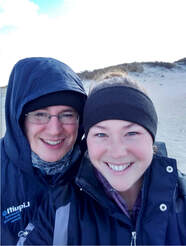 Christina Rafter (Science)
Christina Rafter loves to learn, and that is something she strives to pass on to every student. Christina was home educated and is currently homeschooling her four inquisitive children. She developed an enthusiasm for tutoring in college and went on to work two years in Anne Arundel County public schools in special education, mathematics and the sciences. After her oldest daughter was born she left the school system to raise her children and later began working again as a private math tutor. In 2014 Christina was introduced to Bridge Tutorial Ministries and was excited for the opportunity to teach some of her favorite sciences in the classroom again, while still being able to pursue her passion for home education. Christina lives on Kent Island and when she’s not dreaming up new ways to teach cellular respiration or cracking science puns she enjoys reading books with maps, cooking without recipes, and long walks with her family--the more scenic the better. 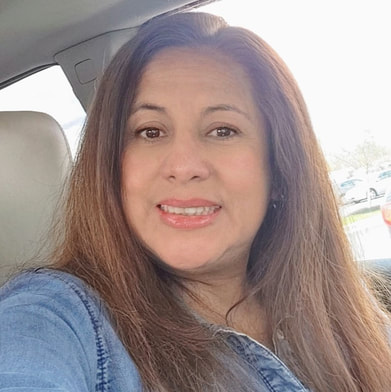 Alejandra Zuniga (Spanish)
Alejandra is a native Peruvian and mother of two, a girl and a boy. She graduated from St. Augustine University in Peru with a degree in Business Administration. Upon her arrival in the U.S. in 2007 she worked in Early Childhood Development, attaining multiple certifications while working with pre-school and young school age children. She understands what people go through when learning a new language, having arrived in the U.S. with little fluency in English. Alejandra and her husband Reid have homeschooled their two children their entire lives, which revealed to her a love for her language and culture she had previously taken for granted. Her work as a professional educator and experience as a home educator has further stoked a passion for education and the inherent experimentation needed to discover the best possible approach for each unique and individual child. She has also tutored privately as an au pair before starting her own business as a Spanish tutor, as well as leading classes at the co-ops her children have attended.